← more from
Yep Roc Records
Get fresh music recommendations delivered to your inbox every Friday.
We've updated our Terms of Use. You can review the changes here. 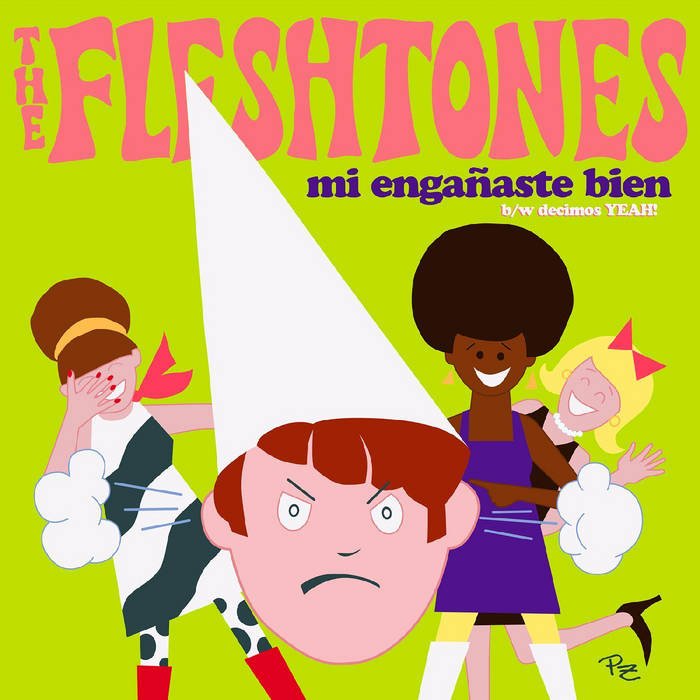 The kings of garage rock are celebrating 45 years in this crazy music business! The Fleshtones haven't stopped rocking since their 1976 debut at CBGBs and mark this momentous anniversary with a brand new Spanish-language single: Mi Engañaste Bien b/w Decimos Yeah! The A-side is a groovy Peter Zaremba original and the flip is a Spanish cover of Cliff Richard's "We Say Yeah" performed in The Fleshtones' inimitable "Super Rock" style! With no signs of slowing down, The Fleshtones continue to cement their legacy as the hardest working band in music, still destined after all these years to walk the Earths as Roman Gods.

The Fleshtones thank all our families, friends, and fans around the world for allowing us to postpone getting real jobs for what has turned out to be our entire adult lives. Don’t make us change.

In a career that spans over four decades, garage rock superheroes The Fleshtones truly have done it all. They’re one of the final remaining original CBGB bands, they’ve played on Andy Warhol’s short-lived MTV show while Sir Ian McKellen read Shakespeare over their jamming, and were the last band to publicly perform at the World Trade Center’s Windows on the World. ... more

Bandcamp Daily  your guide to the world of Bandcamp

Trevor de Brauw of RLYR and Pelican stops by for a chat, plus a tribute to the late Trevor Strnad